We’re halfway through 2019 and it has already been a huge year for podcasting. Spotify acquired podcast networks Gimlet and Anchor for €300 million. Acast has launched its new product Acast Access, a paywalled content distribution platform, and with the number of celebrities with successful podcasts growing – including Chris Ramsey, Katie Piper and Peter Crouch – podcasting is now breaking the mainstream. 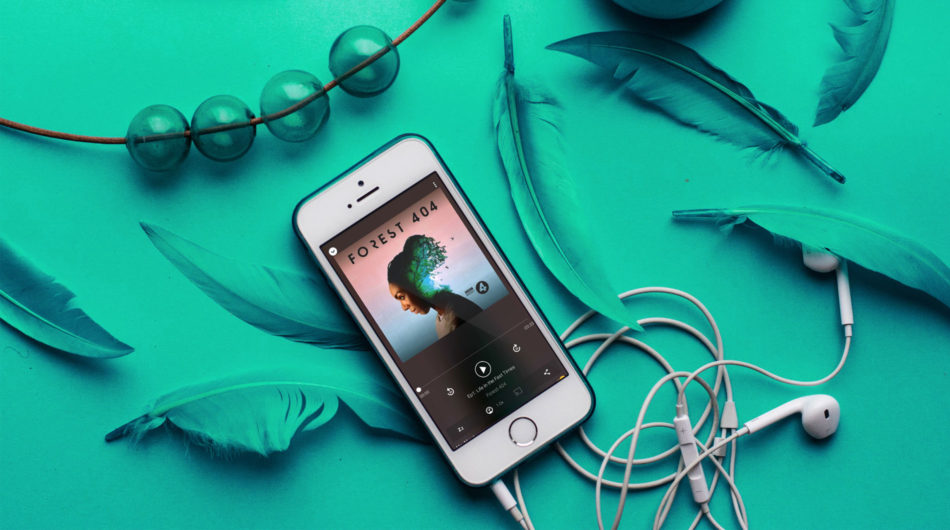 During the last couple of years alone, podcasting has gone from niche to mainstream, but where can it go from here? These are some of the trends we can expect over the next year.

Podcasts have historically been a low-budget medium, coming from their lonely basement studio roots and used for not much more than a forum for expressing niche topics. Fast-forward to today, and as more brands, radio producers and publishers have embraced the medium, creativity in the medium has grown. Audiobooks and radio dramas are certainly not new, but the way publishers now use the podcast format for storytelling has been a growing trend over the last few years.

As for radio dramas, the BBC is no stranger to the genre, and with years of expertise, shows such as The Archers, which aired in 1951, are still going strong. The BBC is not stopping with legacy content either. It’s championing its prowess in radio drama this year with its BBC Sounds release Forest 404, an eco-sci-fi thriller that showcases mastery in sound design voice acting from stars such as Pearl Mackie and expert commentary reflecting on each episode, tying in fiction with reality.

It doesn’t stop with the BBC either. Hollywood powerhouse Marvel is making its own waves in the medium with its podcast radio drama Wolverine: The Long Night.

It’s likely we’re going to be seeing a lot more of both independent and large TV/film publishers filling this space – alongside more spin-offs of our favourite TV characters in podcast form. Game Of Thrones, Line Of Duty, Gogglebox for podcasts? It’s all possible.

Notably we’ve already seen the pod-to-TV releases of Homecoming, Welcome To Night Vale, Serial: The Case Against Adnan Syed, Dirty John and also Lore all make their way across TV and streaming networks. Riding the success of boxset culture TV has become over the last decade, longform podcasts lends themselves naturally to this longform content.

Primarily, true-crime podcasts are currently a popular genre choice for TV adaptations, but with the growing trend of fictional and narrative podcasts, the possibilities are endless. Could there be potential for BBC Sounds Forest 404 to feature as a TV remake or even Marvel’s Wolverine: The Long Night?

Normally, if you see a well-known name hosting a podcast, you’ll assume it will be the usual interview format. This is also what I foolishly thought when I saw the podcast launch of Have You Heard George’s Podcast? by BRIT-nominated George Mpanga aka George The Poet. How wrong I was.

The podcast scooped up four gold awards, two silvers, as well the Podcast Of The Year award in one night at the 2019 British Podcast Awards. It’s music, drama, poetry, current affairs and biographical experiences in one seamless, beautiful but equally hard-hitting mix.

The level of its production, sound design, scripting and journalism is an inspiration to all podcasters, showing there are no boundaries to this format but only new areas to explore.

This is especially inspirational to the music industry. It won’t be long before music labels will be embracing podcasts as a way of harnessing extra content creation from their artist. This may be in the way of a concept album, to be used to tell a story, or the way film is used alongside album releases, such as Foo Fighters: Sonic Highways HBO documentary series.

If The Beatles were active today, would the Sgt. Pepper’s Lonely Hearts Club Band album have had a supplementary podcast? Could more modern multi-creative talent such as Lady Gaga publish a conceptual podcast embracing music, art and drama?

The monetisation of podcasting can be a lot harder than just relying on CPM ad revenue. Lots of small-to-midsize podcasters are able to make it full-time thanks to the likes of Patreon, where listeners can sponsor their favourite podcast.

The monetisation of podcasting can be a lot harder than just relying on CPM ad revenue. Lots of small-to-midsize podcasters are able to make it full-time thanks to the likes of Patreon, where listeners can sponsor their favourite podcast.

The micro-subscription model has become commonplace over the last few years, from Netflix and Spotify to subscription boxes – forecast to be valued at £1 billion by 2022, compared to the £583 million estimated spend in 2017. The low cost and non-committal nature of micro-subscriptions has created not only a huge market, but also innovative ways to create content.

Acast Access allows users to engage with premium subscriber content, but with the added benefit of letting them stay in the podcast app of their choice.

Once this becomes more commonplace with users, we may see the premium podcast market looking not too different from the DLC (downloadable content) video game market, meaning our favourite podcasts will be free but we will be expected to pay for more content. Larger publishers such as The Guardian, which already creates a number of podcasts, going forward could they even increase this and make sure there is an audio commentary equivalent on all their output for a price?

It’s likely that we’re not far off the likes of Google allowing us to find our search results not just in metadata that surrounds our podcasts but within the audio content itself.

Services such as Shamza become more common in mobile users’ everyday lives, converting audio into a search result from a library of music. We’re not far off having the technology to allow an audio search query to scan entire internet for audio in the same way as a normal text search would. This meaning, podcasts (and video content) will start to have as much authority and search value as a regular website.

An example of this working could be the Doctor’s Kitchen podcast has a nutritionist talking about the benefits of blueberries, so a deep link to that segment of the podcast could appear in the top of your search query.

But much like the internet has its problems with fake news, there will also be a danger of the cuff comments in podcasts, which might need to be taken with a pinch of salt, becoming verbatim in a search result.

Originally posted 31st May via The River Group

Should My Brand Start a Podcast?